Since on 2016 proposal, we got the suggestion for adding SymEngine as well into the tutorial content. So we started discussion for the same. SymEngine project GSoCers, worked for the SymEngine tutorial part.

People who took part for writting the proposal were :

Thanks for contributing on the proposal.

I extended the previous year PyCon repo : (Github repo for the tutorial & resources) and modified it. We added some new contents and SymEngine tutorials added as well.

We followed the previous year conferences.Mainly these links:

We divided the tutorial part into SymPy and SymEngine.

I reached to the delhi Airport on 2nd Nov around 1AM. Somehow I was able to get room nearby the PyCon center at 5AM :p. 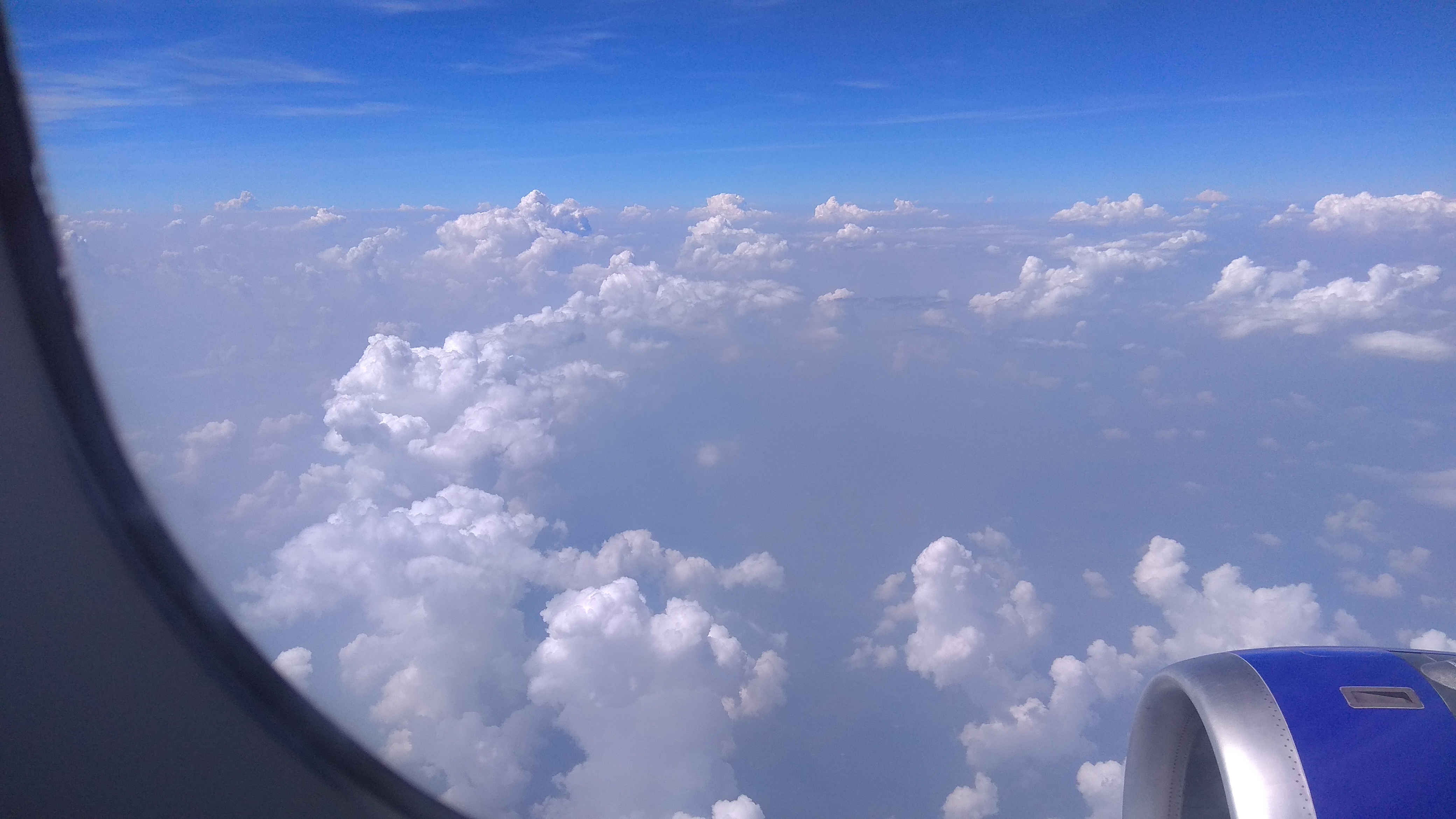 I reached to PyCon center at around 9:00AM via cab. Amit and Ranjith were not able to join the PyCon India 2017. So me and Shikhar were present on time as the Speaker for the workshop. 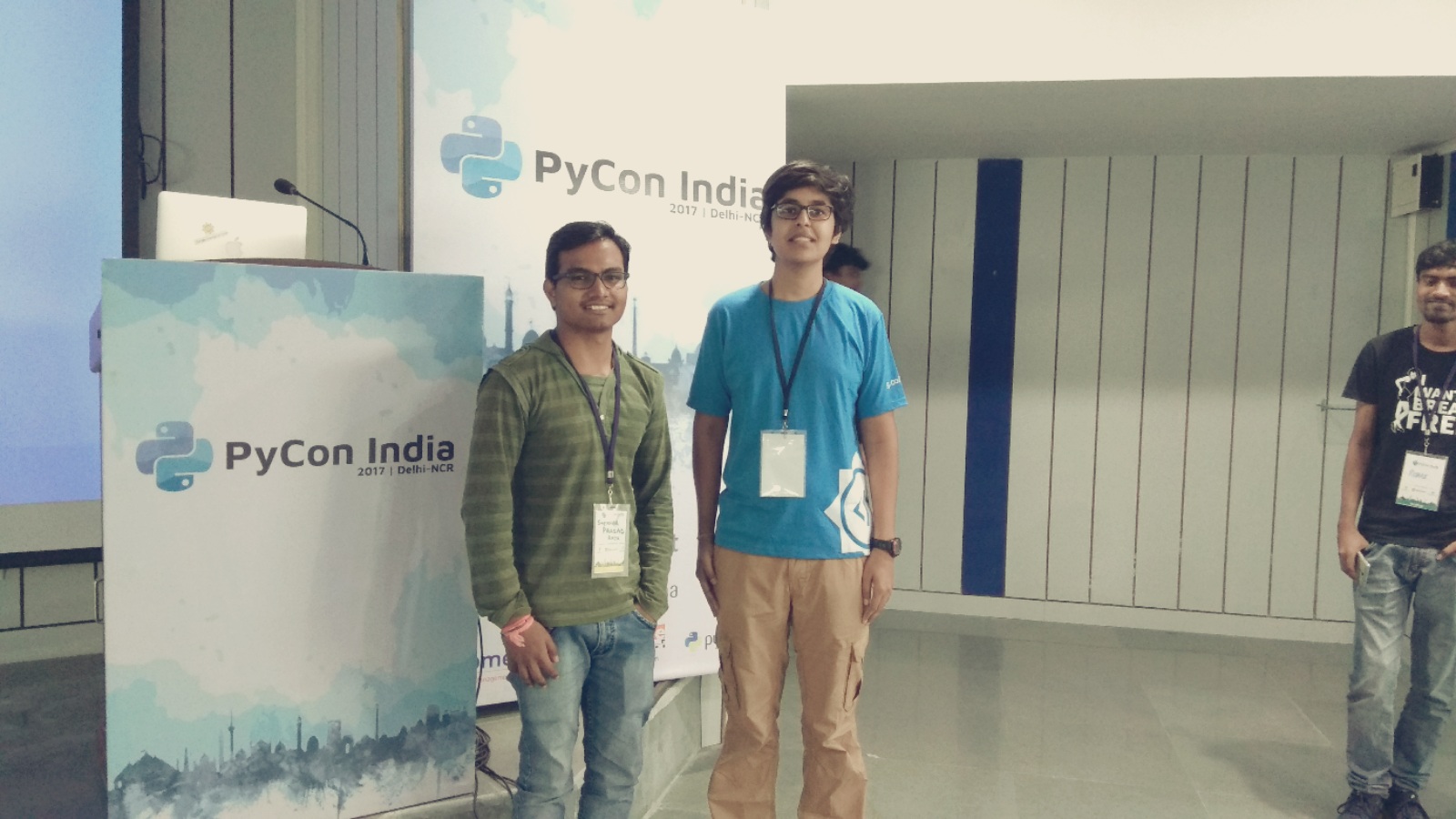 We faced some projector issue but fine, we were able to present the slides and tutorial went well. I started the presentation and slowly went to the tutorial part from beginning to some advance examples. 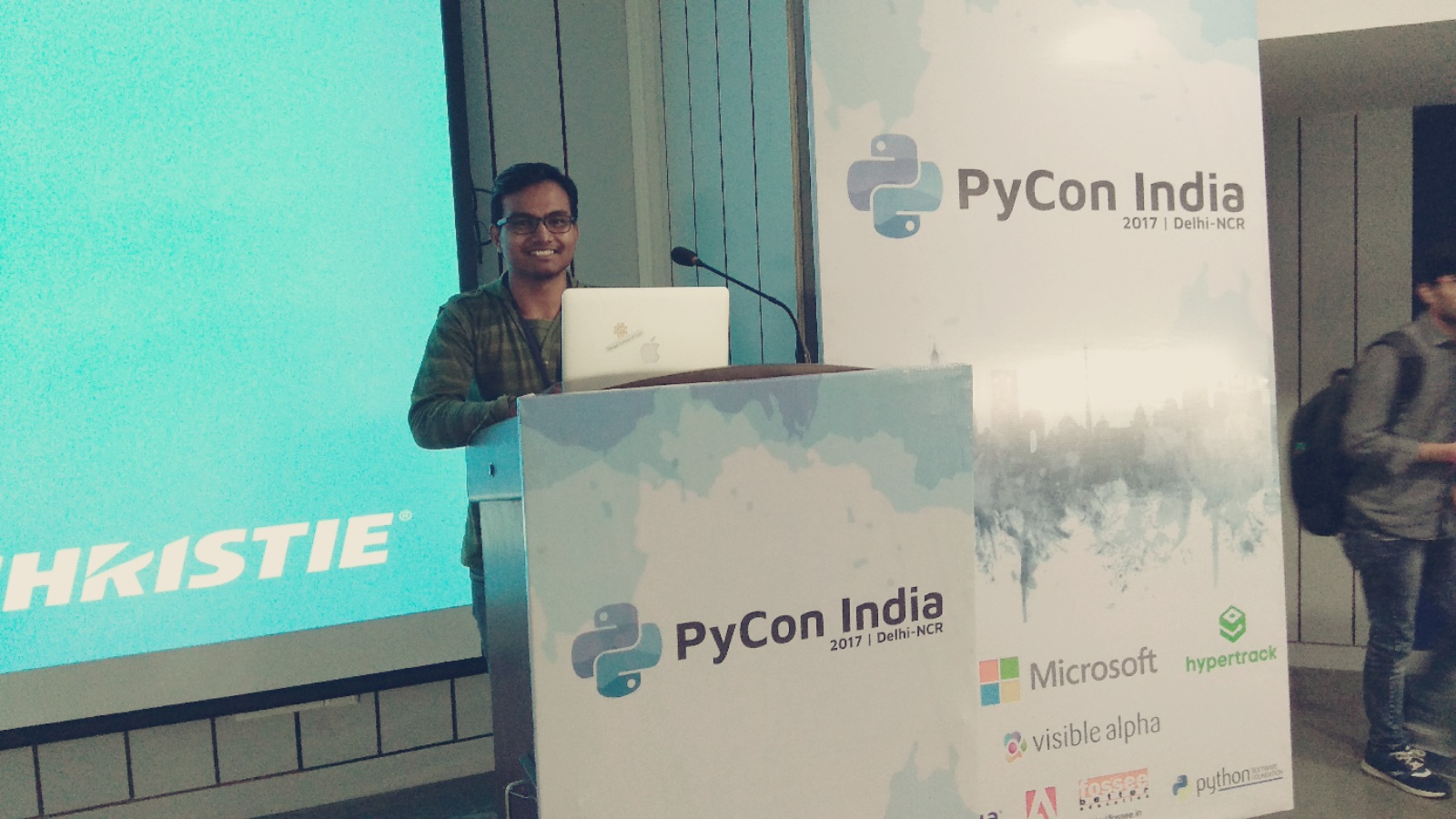 Shikhar took the mic and covered the SymEngine presentation and basic examples. 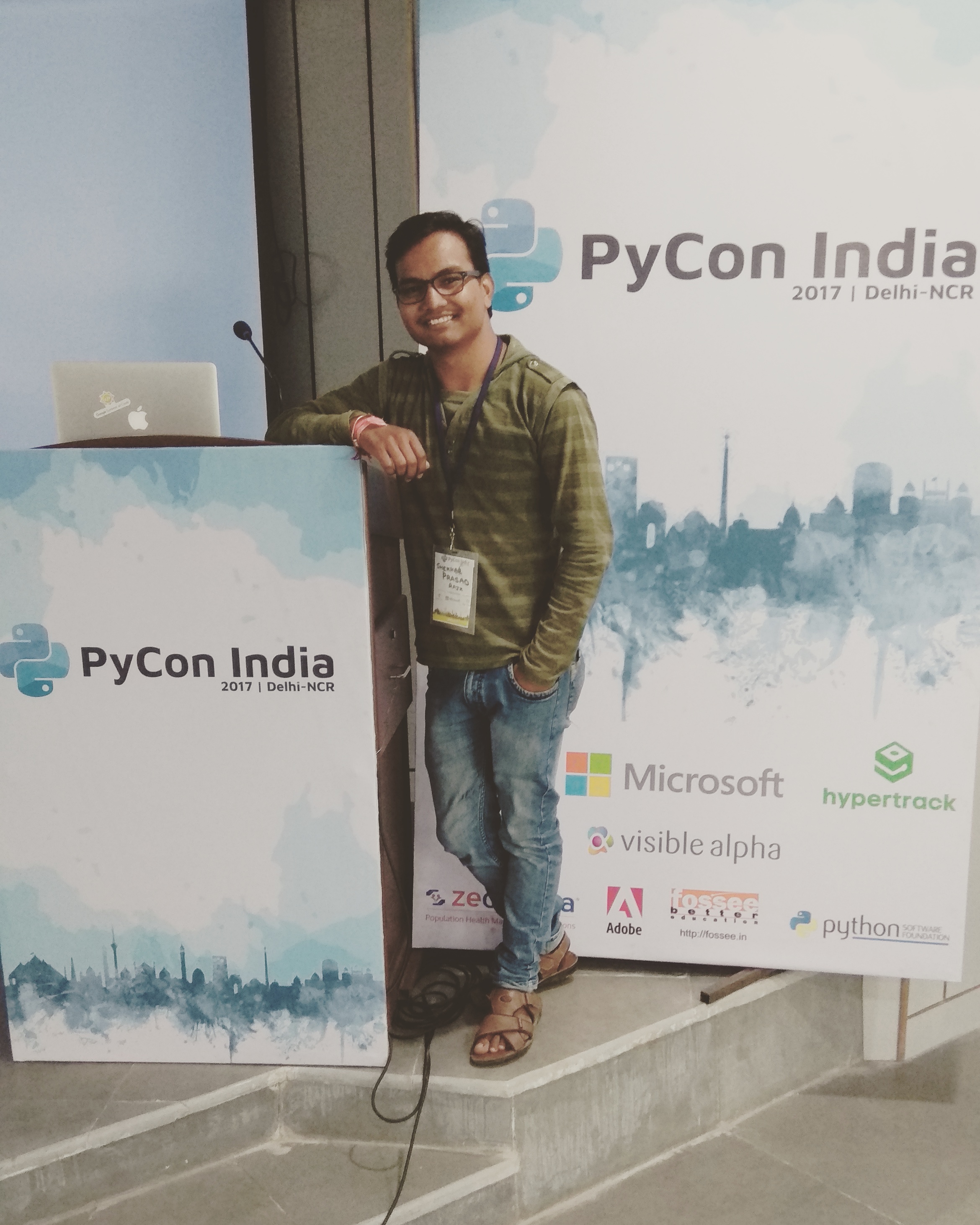 Audience had some good questions and they keep questioning during the workshop. It was a pretty good experience. It was our first talk/workshop, so we were satisfied with our performance. Hope we will have better talks/workshops in upcoming conferences, which will transfer the knowledge.

During the lunch, me and shikhar interacted with fellow speakers and GSoCers. We joined some other workshops as well. I left earlier, since I was sleepy because of night journey from the Banglore.

Overall it was good experience. Since I started preparing the proposal much before the deadline. So we were able to finish it up on time. I was busy in the month of August, Sept, Oct but we were able to finish the resources and slides on time. I was expecting some more things to be covered, but it’s fine. I had written few things in the Github repo wiki page, it may help for future speakers. Thanks to PyCon India community for giving us this opportunity. I hope in future we will have more interesting topics to talk on SymPy and SymEngine and audience will enjoy to learn SymPy and SymEngine along with us.